What’s open and when? Click “Hours of Operation” at the bottom of this page.

Booklovers will enjoy viewing “From Script to Print, Without a Computer,” an exhibit of handwritten and early printed books on display at the library from August 3-29.

The handwritten manuscript pages are in Latin, Hebrew, Arabic, and Oriya (a language of the Indian state of Orissa). Also included are pages from hymnals in Gregorian Chant notation.

The arrival of movable type

The advent of movable-type printing by Gutenberg around 1440 marked the twilight of handwritten books. Yet scribes, sensing their impending unemployment, continued to turn out very elaborate works well into the 1500s, one of which is in this show.

You may view the exhibit during normal library hours. 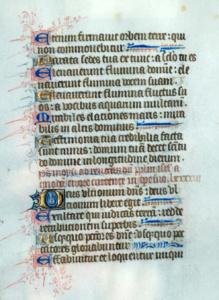 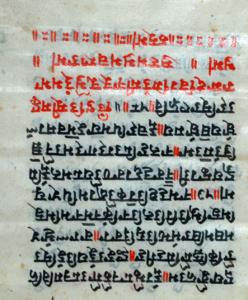 Handwritten page from the Odisha (formerly Orissa) region of India, from about 1700.

Volunteers from Gate City Bike Coop will resume their free bicycle repair clinics on the Library Plaza this summer. They will complete minor repairs...